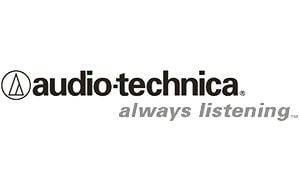 Just plug your existing Audio Technica lapel mic into the remote switch unit and connect to the belp pack transmitter!

Ideal for sporting event referees, ministers, public speakers and other performers who need the ability to remotely mute a wireless microphone, the ATW-RMS1 remote mute switch is designed to be installed between a wireless microphone using an HRS-type connector and its associated UniPak’ body-pack wireless transmitter.

The ATW-RMS1 features a toggle switch with positive onŒ ¤ offŒ function. It is supplied with a permanently attached 22Œ cable terminated with an HRS-type connector that attaches to the input jack on a UniPak’ transmitter. Its all-metal construction and heavy-duty switch are built to withstand rugged use. A durable belt clip is provided for ease of wear.

Be the first to review “Audio Technica ATW-RMS1” Cancel reply